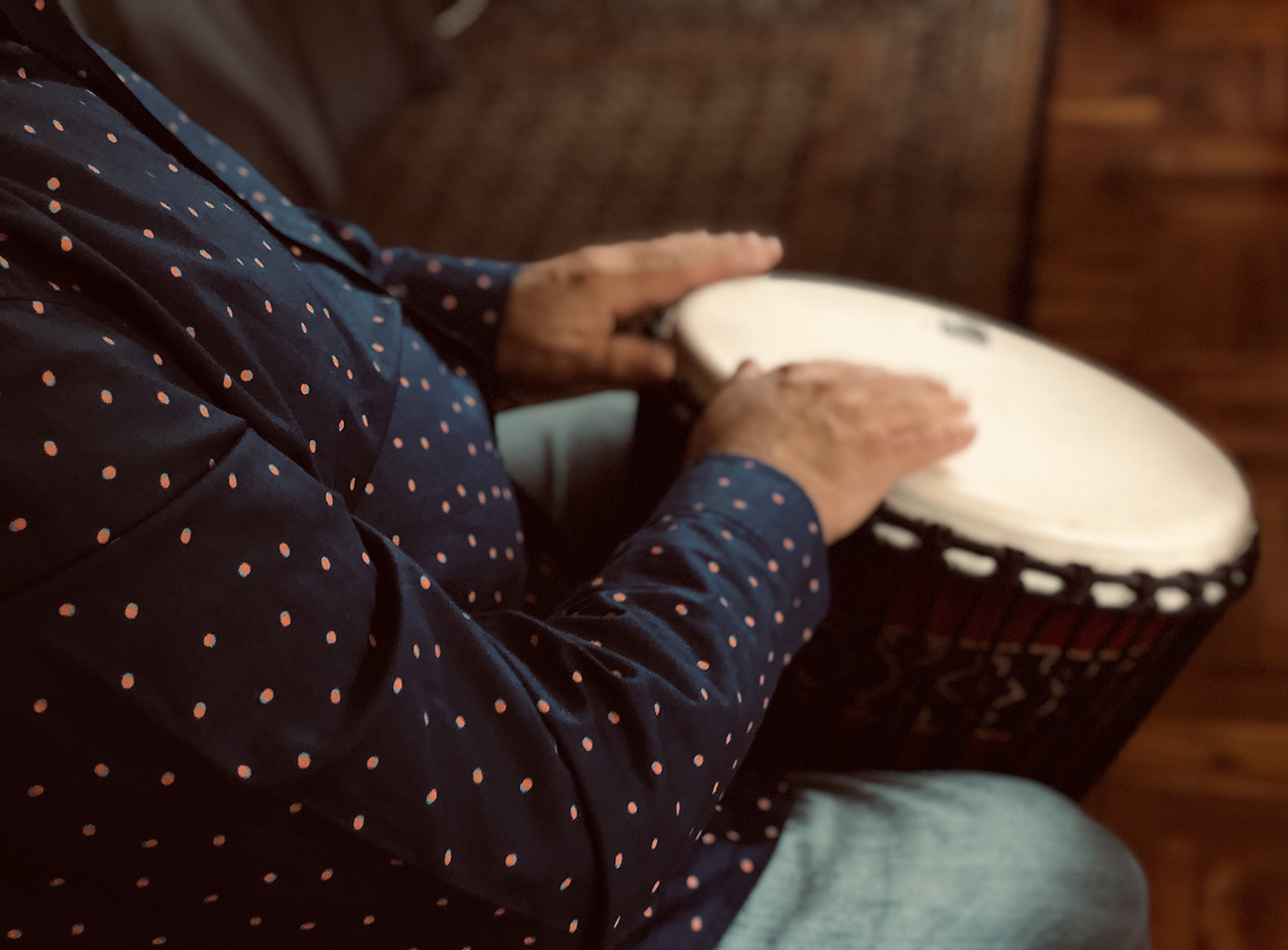 Amal is also an award winning percussionist and recording artist and founded the musical group Zarb. Performing to audiences in Belfast, Dublin, Scarborough, London and Port Elizabeth in South.

‘Zarb’ is inspired by the exotic sights and sounds of Middle Eastern countries and combines it with a strong spiritual Celtic rhythm, using the traditional drumming of these cultures. It has created an unique opportunity to widen ‘World Music’ horizons!

In its own way Zarb has brought the Northern Irish community together, torn apart with years of religious and political differences. Zarb is an ideal example of how a group of people from different cultural and religious backgrounds can unite and produce something beautiful and inspiring. By promoting unity amongst it group members, Zarb encourages tolerance and a sense of unity through music, to the wider community. When in Northern Ireland Amal served as a board-member on the District Policing Partnership, a government initiative set up within Northern Ireland to encourage the citizens to have an active role in the decisions and policies in crime prevention. The work of the DPP is aimed at contributing to the reduction of the social and environmental factors that cause crime and anti-social behaviour.